Mor Mattai (Syriac: ܡܪܝ ܡܬܝ‎ Saint Matthew, Arabic: الشيخ متي‎‎), was a monk who is revered as a saint in Syriac Christian churches.

He was born in the early 4th century in the city of Amid or in a village close by, and that he was a monk in that region when the anti-Christian persecution of Julian the apostate took place.

In 361, Mor Mattai and other monks were forced to flee to Nineveh where he found a hermitage on Alfaf Mountain in the Nineveh plains. It was during that time that he met prince Behnam, the son of Sencharib, during a hunting trip. Mattai taught him about Christianity and Behnam became a disciple of Mattai. Impressed by his teachings, Behnam went back to his mother and persuaded her to let him take his sister Sara, who had leprosy, to the saint. She was cured by the saint and after the miracle, both Sara and Behnam were baptized by the saint alongside Behnam's forty companions.

Upon learning of his children's conversion, king Sencharib killed his chidren and their forty companions on a hill in Nimrud. However, the king later regretted his deed and was later baptised by Mor Mattai. He also built a monastery on the mount where Mor Mattai healed his daughter.

The Monastery of Mor Mattai is traditionally attributed to Mor Mattai and is thought to have been commissioned by Sencharib and completed in the 4th century. It is considered one of the oldest functioning Syriac Orthodox monasteries in Mesopotamia and it has been the seat and the final resting place of a number of Syriac Orthodox patriarchs and scholars. 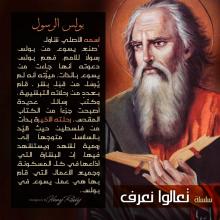